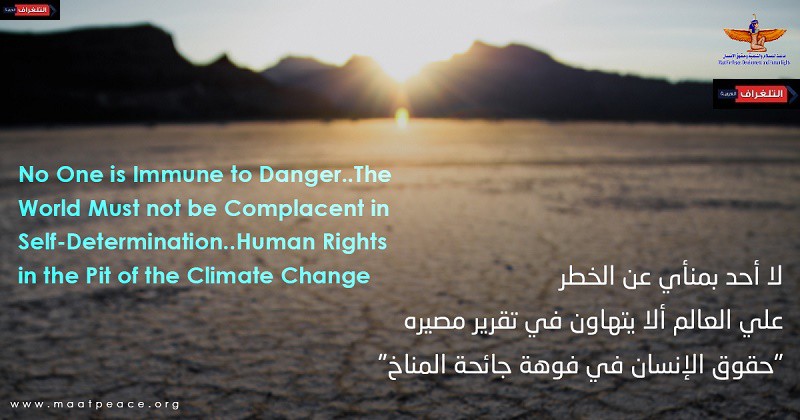 Okeil: Signatories to the Paris Climate Agreement must adopt a human rights-based approach to support policies that mitigate and adapt climate change

Ali Muhammed: Climate change will reduce the amount of water resources for countries in the Middle East

Teleghraph – Egypt: Maat for Peace, Development and Human Rights has recently issued a new report entitled “No One is Immune to Danger… The World Must not be Complacent in Self-Determination… Human Rights in the Pit of the Climate Change”, which focused on the impact of climate change on a whole set of basic human rights, such as the right to life, the right to adequate housing, the right to safe drinking water, and the right to development, not to mention the impact of global warming, which levels exceeded the levels agreed upon in the 2015 Paris Agreement, on the Sustainable Development Goals, particularly Goal 13, which is about taking urgent action to combat climate change and its impacts.

The report concluded that the current policies adopted by major countries, represented by the participation of 25 major cities, most of them are located in China, the United States of America and India, continue to contribute to greenhouse gas emissions by about 52%, which is the primary cause of climate change that would increase the death toll to about 8.3% of the total annual deaths, and these numbers are expected to rise in case no sufficient measures are taken to stop the average global warming at the internationally agreed limits. Climate change would lead to the death of animals and the destruction of crops, which threatens food security, in addition to the extinction of entire cities, and the entire disappearance of developing island states from the earth’s surface, in addition to the collapse of biodiversity that maintains the life cycle on Earth, which threatens to wipe out entire societies and peoples.

In this context, Ayman Okeil, president of Maat, said that climate change increases the gap between countries. Although the major industrial countries contribute the largest proportion of greenhouse gas emissions caused by human activities, and thus increase the average global warming, it is the low-income developing countries that bear disproportionately the consequences of these emissions. Poor communities are the worst affected by these phenomenon; they are fragile societies, and lack the ability to adapt or mitigate the effects of climate change, which are the two main strategies in addressing climate change. Okeil added that the consequences of climate change threaten a wide range of human rights in these vulnerable societies. He also called on the major signatories to the Paris Agreement and the countries participating in the Climate Conference (COP26) scheduled to be held in November 2021, to adopt a human rights-based approach to support policies aimed at mitigating and adapting to climate change, by supporting local initiatives in developing and poor countries seeking to combat climate change, reduce its effects, and adopting a participatory approach with all relevant stakeholders in order to discuss the consequences of climate change on these countries and how to mitigate and adapt to the effects of this change.

For his part, Ali Muhammed, a researcher at Maat, said that climate change will reduce the quantities of surface water resources, which are inherently scarce, especially in the Middle East. If the Earth’s average surface air temperature has increased by about 2 °C, ice melting will increase affecting the basin of the Tigris and Euphrates River, and decreasing the daily flow of the Jordan River tributaries by about 17%. Climate change will also take a devastating toll on the amount of renewable groundwater, threatening agricultural production unprecedentedly, and undermining the food security of millions of people in different regions of the world. Mohammed called on the governments of major countries to provide poor local communities and indigenous people with the necessary capabilities to build capacities and to develop a rapid, flexible approach to disaster preparedness, including disasters caused by climate change, which may help reduce the effects of these disasters and support the resilience of these communities. 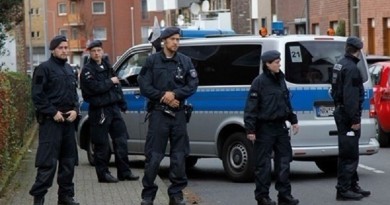 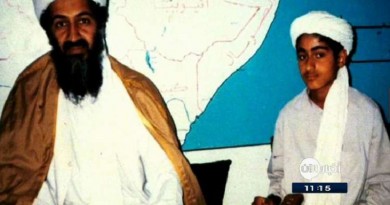 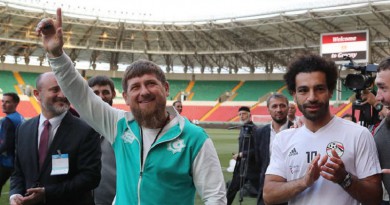