The representatives of Iran, Russia and South Korea Saturday signed a trilateral memorandum of understanding to boost cinematic cooperation.

The MoU was signed on the sidelines of the 32nd International Film Festival for Children and Youth (IFFCY) that is under way in the Iranian central city of Isfahan.

The IFFCY International Manager Dr. Raed Faridzadeh said that the articles of the MoU are related to festival cooperation but it is expected that it goes beyond the festival and promote all types of cinematic cooperation among the three countries.

“Several sessions of bilateral and multilateral talks with the MoU parties pave the way for the agreement, which is expected to set the ground for cooperation among Asian and Eurasian countries,” he said.

Deoun Seo, the Korean representative, expressed hope that the MoU will lead to more future cooperation.

Referring the Korean saying that when one starts doing something, he or she is already in the middle of the path, she said assurance that the MoU as the first step of cinematic cooperation among Iran, Russia and South Korea will bring greater achievements.

The Korean representative also expressed hope that the MoU sets the ground for more efforts aimed at a better future for children.

The Russian representative at the meeting, Nikolai Daan, said that when two or more parties join forces to do a task, they will certainly get stronger. Similarly, the three countries—Iran, Russia and South Korea—will make more useful efforts for children, and their thoughts and ideas will be better understood by the international community.

He said that the MoU will open doors to European and Asian countries. Daan also stressed that with the common cause of children, the three countries will try harder to achieve much more.

At the end of the meeting, the Director of IFFCY, Alireza Tabesh said that Iran has signed many MoUs with other countries, but the current one is focused specifically on Eurasia.

“Our colleagues in the three countries have spent months on studying the fields of cooperation and the content of the agreement and it is a great honor for IFFCY that the result of the marathon of efforts is signed on the sidelines of the festival,” he said.

He expressed hope that the MoU would lead to much stronger and comprehensive cooperation among Iran, Russia and South Korea on cinema.

The purpose of the Eurasia Film Festivals Association (EFFA) is to form and broaden relations among film festivals in European and Asian countries through promotion of cultural, professional and content exchanges related to children’s and family films, education and promotion of filmmaking literacy, co-production of live films, animations and documentaries for children and young adults, and public screenings. The principle regulations of the declaration will be implemented mutually by the Asian and European countries, and it will pursue continental goals such as promotion of shared human values (family, friendship, love, talent, creativity, nature, culture, etc.) that give rise to a positive and creative ideology in children and youth.

–        All countries that agree with the mission and principle regulations of the EFFA, and make efforts to boost cooperation among countries and international relations can join the association.

–  Each year, one of the members of the association in its festival shall designate a day to one of the Eurasian countries and invite the representative of film festivals of the country to its own festival. Screening films, plays, exhibitions and other ceremonies meant to promote and introduce the culture of the selected country will be scheduled for the specific day. Besides, EFFA will be introduced to the audience through presenting the mission, regulations, plans and the achievements of the body.

–  The president of the EFFA and the secretary of the of the Seoul Guro International Kids Film Festival (South Korea) and the secretary of the Zero Plus International Film Festival (Russia) are the founding members of the body, and will be responsible to appoint the members and the committee, as well as the duties and executive plans of the association through their annual meetings.

– By singing the agreement, from now on, Iran’s International Film Festival for Children and Youth, too, as the first official member of the EFFA, will join the body and benefit from all rights of the membership.

The document is written in Korean, Russian, Persian and English languages, and all the four versions are considered to be equally authentic.

In pursuit of the objectives shared by Iran’s International Film Festival for Children and Youth, the Russia’s Zero Plus and South Korea’s Guro (hereinafter referred to as the ‘parties’), and given the progress and advances of the children film festival industry in Iran, South Korea and Russia, the three countries are willing to sign an MoU to agree upon their commitments, guided by the principle of trilateral respect, to create more opportunities and grounds for cooperation and collaboration.

Article 1: The parties of the MoU shall provide the children films produced by the other parties with the right opportunity to participate in their own children film festivals.

Article 2: The parties shall set the ground for co-production for filmmakers and producers of the country members of the MoU.

Article 4: Cooperation on implementation and organization of film festivals of the countries that are parties to the MoU with the aim of promotion of the events.

Article 5: Holding commemoration ceremonies for prominent and influential figures during the film festivals in each country.

Article 6: Film festivals of all countries shall include sections of review and focus on classic and modern cinemas of other parties.

This MoU shall be valid for a period of two (2) years upon signing, and can be extended for an additional two (2) years at the end of the period upon tacit agreement of all sides, unless notice to terminate in writing is signed and given by one of the parties six (6) months prior to the expiration date.

Zero Plus International Festival of Films For Children & Family Screening 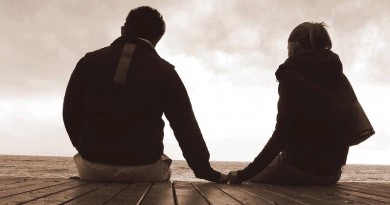